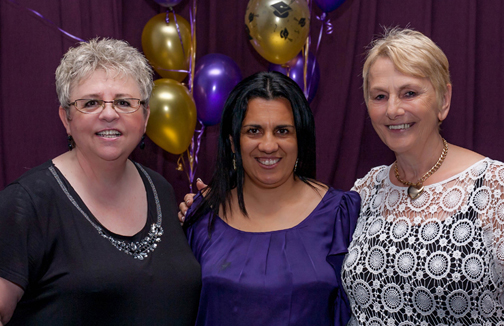 Heartbroken When We Lost Anja

When we got the news in the fall of 2013 that we were losing our beloved Anja Mendez from Kids in Ministry Australia, we couldn’t be more heartbroken. Anja was the visionary and pioneer that established KIMI in this great nation. It took nearly a year for the dust to settle, and leaders to come and go for short seasons. Then finally, the baton landed on the one whom God knew in advance was the one to carry on the vision: Adriana Morales. (To see more photos of this moving event, click here.)

Adriana was with Anja long before KIMI Australia was established. Back in the early days when Anja discovered Kids in Ministry International, she was buying and using our curriculums in her church. She told us numerous times it was an answer to prayer, and they saw significant fruit, which made her want to be a bigger part of KIMI. It was all quite miraculous the way Anja joined KIMI. She knew years in advance she would someday be the director of KIMI Australia. She even told her pastor two years before it happened that, even though she didn’t know how it would happen, she was going to be working for KIMI someday. 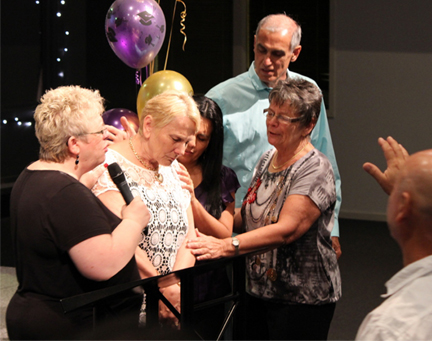 Almost two years to the date, Anja and I (Becky Fischer) met each other for the first time on Australian soil. It proved to be a prophetic encounter, and we immediately set her up to be the KIMI Australian director in training. A year later she was fully launched, and the rest is history. Anja will never be forgotten and the one who planted the KIMI flag in the ground.

Things happen we can’t always predict, and it became necessary for health reasons, for Anja to step down. It did leave us unsettled and unstable for a season. But as Adriana rose to the surface as cream to the top of the glass, step by step, and little by little things became steady and stable again. To be sure its still a work in progress to take on a fully developed ministry and take the reigns when she has never done anything like this before.

But it was God’s timing, and my privilege, to visit Australia for the third time in January 2015. I got to spend a couple of weeks with Adriana and her family, and the team that has risen to support her. Much work had to be done going through everything in detail, going through boxes and files, and computer hard drives. But by the end of the trip, we had things reorganized. 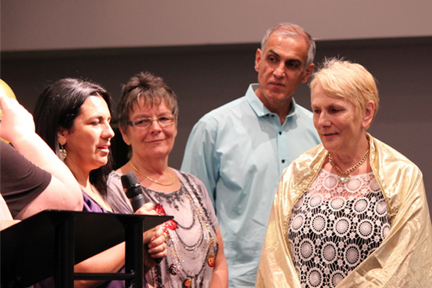 The highlight of that encounter, without a doubt, had to be the graduation ceremonies for the 2014-15 graduates of the School of Supernatural Children’s Ministry in Australia. (See this page for details.) We were so thrilled that Anja was able to make graduation, as she had been the one most of the graduates had studied under. They were her SSCM fruit.

Giving Honor to Whom It Is Due

But before we prayed for them, we honored Anja. What a moving time for me personally, and for everyone in attendance, as we called for testimonies from people who’s lives had been changed and impacted by Anja’s ministry. Then we placed a symbolic gold “KIMI mantel” on her shoulders. We prayed for her and released her into the next season of life that God has for her. 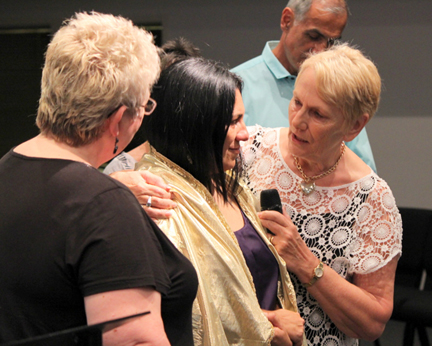 Then we asked Anja to place the mantel on Adriana’s shoulders. Adriana then began to share how she clearly remembered back to the early days when she served under Anja in their church children’s ministry. She said she would deliberately go to Anja’s office early on work days and just pour through the KIMI curriculums and materials soaking it all up.

One day she just began pouring out her heart to Anja about how the KIMI curriculums just were her heart, and her vision, and passion. How they said what she wanted to say. In that moment, Anja reached over and place her hands on Adriana and began to pray and prophesy that someday she would carry the KIMI mantel. Neither one had any idea of the significance of that moment, until this event. 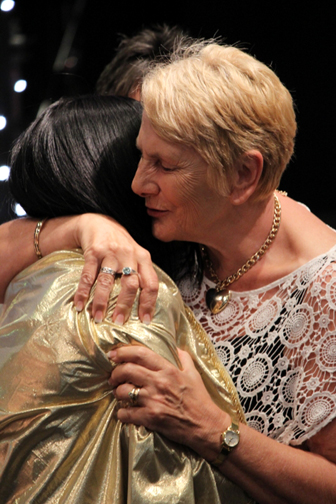 After Adriana shared that story, Anja laid hands on her once again and began to speak into Adriana’s life. She prayed over her, blessed her, and officially passed the KIMI mantel onto this beautiful new leader for Kids in Ministry Australia.

(To see more photos of this moving event, click here.)